Calling all HubSpot Users! Is it Worth the Cost?

When HubSpot first arrived on the market, it was one of the most cutting-edge business software suites on the market. That has not changed in the year’s s since HubSpot launched in December 2007. We consider ourselves a leading edge company here at BrainSell, and started using the tool for social media analytics. This was in 2010, and HubSpot had not reached full maturity.

This was a quote expressing our dislike of the reporting tools from the original, 2010 blog we wrote about if HubSpot was worth the price:

“The blog gets LOTS of hits, but from who and how do they find it? Are they potential leads? Gallivanting on our web site without leaving a trace behind? The idea has un-nerved some of us.”

HubSpot has been phenomenal in getting their reporting and analytics up to snuff. Through the whole process, they’ve only raised their costs a handful of times and in places that usually make sense. We ended up dropping HubSpot as a tool because we no longer used it as a content management system, and it was a pain to migrate HubSpot to WordPress at the time.

So when is HubSpot worth the price tag?

The real value of Hubspot has been and always will be in it’s landing page builder and CMS platform. They do a tremendous job of setting up your website to indiscriminately point people towards lead capture forms. There has also been a consious effort from the development community to make migrating HubSpot sites into WordPress a breeze. In our opinion, once your website is “mature” enough, it will become less and less worth it to host your content through HubSpot instead of an open-source CMS like WordPress.

Throughout the process of becoming a HubSpot user, they are instilling the values of inbound marketing the whole way. Usually people find that after they use HubSpot, they are totally sold on the concept of content bringing in viable leads to their business.

HubSpot starts at only $200/month, but adds on an additional $100/month for every 1,000 contacts, which becomes pricey as your business scales. HubSpot offers an enterprise-level option for $2,400/month + contacts, but we find that most bigger businesses have more developed means of content creation (i.e. WordPress, Ruby on Rails, etc.) and thus have less of a need for HubSpot. HubSpot is certainly worth the cost for smaller businesses or business with an insufficient “inbound” presence.

For more on the cost of marketing automation software, you should use our nifty Marketing Automation Comparison Tool. How to Create Engaging Chatbot Conversations for Growth-Focused Businesses 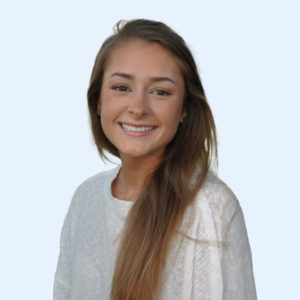 SugarCRM vs. Salesforce Comparison in 2022 – The Facts