Sales and Marketing Alignment: How to Automate Growth

What Business Tech Lessons Can Be Learned from Superhero Flaws?

Back in the golden days of comic books, there was a time when Superman was all-powerful and was essentially invulnerable. This eventually led to drops in readership because everyone knew Superman would ultimately come out victorious. So, what happened? The writers created Kryptonite — Superman’s only weakness. And the rest was history!

I believe there is a lot we can learn from the superhero world. One of those lessons is that “everything has its flaws.” You can rightly say about the plethora of technology available on the market. No single piece of software is all-powerful. No single piece of software can handle everything. That’s why BrainSell built Sidekick, a tool to help tie different solutions together and help address those flaws.

Here are a couple of examples of superheroes created with their flaws, as well as a few lessons that you can apply to your tech stack:

Despite his powers’ perks, Spider-Man has always viewed them as a burden and responsibility rather than a blessing. This was because his powers always attracted the bad guys’ attention, which put his friends and family in constant danger. You see that often in terms of his Aunt, Uncle, and Mary Jane Watson.

Lesson Learned: Some technology burdens its users with “bad guys” due to how developers initially built that software. That doesn’t mean the users have to deal with it, though! There are a variety of other solutions that can quickly address those baddies.

Quicksilver is quite popular lately due to the admired WandaVision series on Netflix. He is comparable to The Flash from the DC Universe. In Quicksilver’s case, he moves so fast that he perceives the world around him in slow motion. This cannot be very pleasant for anybody! In one series, Quicksilver compares it to being perpetually stuck in line at the bank behind someone who’s trying to count $100 worth of pennies — by hand!

Lesson Learned: Having several pieces of technology that do different things for your business is expected. But having them disparate and disconnected can slow you down to the point of agony. Don’t just deal with the disconnection; find a way to make them work together!

Tony Stark built his first Iron Man suit to keep himself alive after being blown up and kidnapped. His dependence on this iconic metal suit is common throughout all stories Iron Man is involved. Marvel even incorporated an alcohol dependency into Tony Stark’s persona in the Ultimate Marvel comic series, making Iron Man one of the first superhero characters with a substance abuse problem. Lesson Learned: If possible, you should not rely solely on a single piece of technology. It will soon take over your whole business, and you will be at the mercy of that sole solution. Turn your tech ecosystem into something that works best for your business needs — even if they don’t necessarily work well together.

We at BrainSell believe technology is vital to ensure your business—and your employees—run smoothly and seamlessly as they grow. However, all technology has its flaws. But that doesn’t mean you are stuck with those limitations!

Reach out to talk with us about what we’re working on with Sidekick, a solution designed to help your tech meet your needs when you need it.

Brian Anderson joined BrainSell as the content marketing manager but unknowingly became our in-house troubadour as well. Brian’s ability to generate high-quality content and continue to develop the BrainSell voice is unmatched. It’s Time to Let the Platform Do the Work 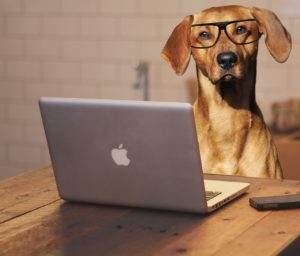